Can Suboxone Make You Depressed? 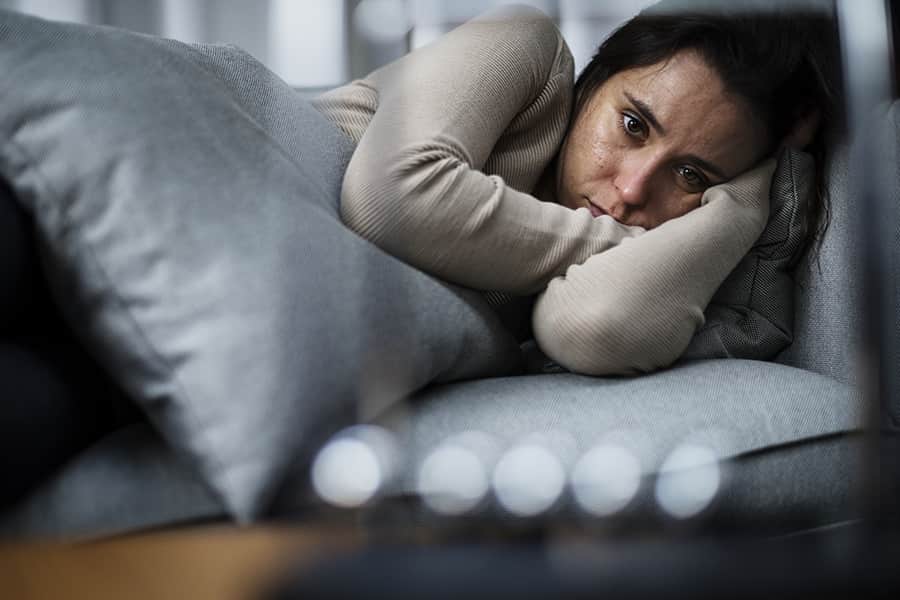 If you’re reading this then you’re probably already considering getting some form of opioid maintenance therapy (OMT). OMT is a fairly intensive form of therapy in that it involves you being prescribed heavy doses of very potent opioids. It’s natural for someone to want to know how the process works before they take part in it.

One of the most pressing matters that you might be concerned about is the issue of depression. Since you’ll be using prescribed narcotics on a regular basis, you’ll probably want to know what sort of effects they’ll have on your brain and body!

What is Opioid Maintenance Therapy?

Opioid maintenance therapy is a branch of therapy that’s dedicated not to helping an individual achieve immediate abstinence, but to providing them with legally sanctioned versions of drugs similar to those that they’re addicted to. This allows the user to rebuild their lives: getting a job, repairing damaged relationships or returning to school are all things that are often difficult to achieve when struggling with an illegal drug addiction.

Opioid maintenance therapy typically uses one of two types of drugs for the treatment: methadone or buprenorphine.

Methadone is a long-lasting potent opioid narcotic that’s usually available in liquid form. It isn't as popular anymore because studies have revealed that it’s incredibly destructive to bones and teeth.

Buprenorphine is another long-lasting, potent opioid that’s available in several preparations, most notably Suboxone and Subutex. Doses are typically quite low - they start at the 2mg range - but considering Suboxone is around 80 times stronger than morphine, this is still a very active and addictive dose.

Can Suboxone make you depressed?

Just like with any addiction, there are two phases to the Suboxone dependency: the period during which you’re actually using the drug, and then withdrawal and post-acute withdrawal phase. These two periods can have vastly different effects on a person’s psyche and it’s important to understand the difference between the two stages.

When a person begins using Suboxone and once the drug builds up in their system, they may find themselves behaving differently than normal. Fortunately, the psychological changes are quite similar to those that are demonstrated by users of any opioid, so they shouldn’t come as too much of a shock.

While depression isn’t a very commonly reported side effect during the initial phase of OMT therapy, these other symptoms may reflect depression in their similarity.

The withdrawal phase occurs when a person stops taking Suboxone - or, indeed, any opioid - and the opioid receptors, which are used to being saturated with opioid drugs for as long as the person’s been addicted - attempt to return to homeostasis, which is a state of balance, or the baseline state.

This process is very unpleasant and, for longer lasting opioids like Suboxone, can include a huge number of physical and mental symptoms. Depression is, indeed, one of the symptoms of Suboxone withdrawal, and there are other symptoms that can contribute to the depressive state:

It’s also important to note that the post-acute withdrawal phase, or PAWS, is a much longer protracted form of withdrawal. This is typically an extension of the psychological symptoms of withdrawal, of which depression is quite common. Some people report depression for several years following the cessation of opioid drugs.

The depression will go away, naturally, but it can be helped along by taking herbal medicines and exercising, meditating, and doing yoga.

Suboxone is a very powerful drug and it can cause a lot of psychological and physiological side effects. It’s important to understand these side effects so you can prepare for them when they come and move on as quickly as possible.